LET US TAKE CARE OF YOUR JOURNEY IN DETAILS

OUR JOURNEYS IN DETAILS

Bordeaux Vertigo is happy to suggest accommodation in Grand Cru Classé Châteaux and thus allow you to enjoy the comfort of a private bedroom overlooking the vineyards.

Whether you prefer the charm and intimacy of a Château surrounded by its vineyards, the facilities of a luxurious hotel, or the convenience of a modern fully equipped apartment in the heart of an old town, the choice is yours.

We have selected the most charming settings throughout the entire Bordeaux region. Just ask us and we will be very happy to share with you our top accommodation selections.

Bordeaux Vertigo offers worry free transport for each guest’s individual requirements. We do understand that every moment of your voyage is precious.

Guided by our experience you will thus be able to enjoy Bordeaux landscapes and its wines without worrying about driving. Our wine tours are provided with a luxury Mercedes Benz V Class, offering 7 comfortable leather passengers seats, A/C, a cooler with still & sparkling water and other refreshments.

You already have your own car and would like to be driven and accompanied? We dispose of packages that give you the possibility to pleasantly and safely enjoy your tour.

Just like the wine, the French cuisine is the result of a combination of influences, a marriage between the good soils and the sequence of the seasons. Over the centuries, France has transformed the simple act of eating into an art form. The savoir-faire of the chefs, their passion, fruits and vegetables collected at perfect ripeness and freshness are among the influences that made the reputation of the French cuisine. Whereas, during the 17th century the act of eating was a sign of opulence, today the cuisine has become a complex art, a result of continual innovation. The regular development of our society sees people gathering around a dish or a glass, the beginnings of conviviality.

Formerly, the French chef was part of most of the European royal courts. Nowadays, the French cuisine continues to expand its reputation worldwide. Its secrets open to everybody appreciating the finesse of this art.

The enthusiast may let himself be tempted by a multitude of dishes from the Bordeaux region, such as Bordeaux entrecote beef grilled on vine shoots, duck breast and its wine sauce, Pauillac lamb, Bazas beef, Perigord foie gras and fish such as shads, sea lamprey, Aquitaine caviar and delicious seafood like the Arcachon oyster. 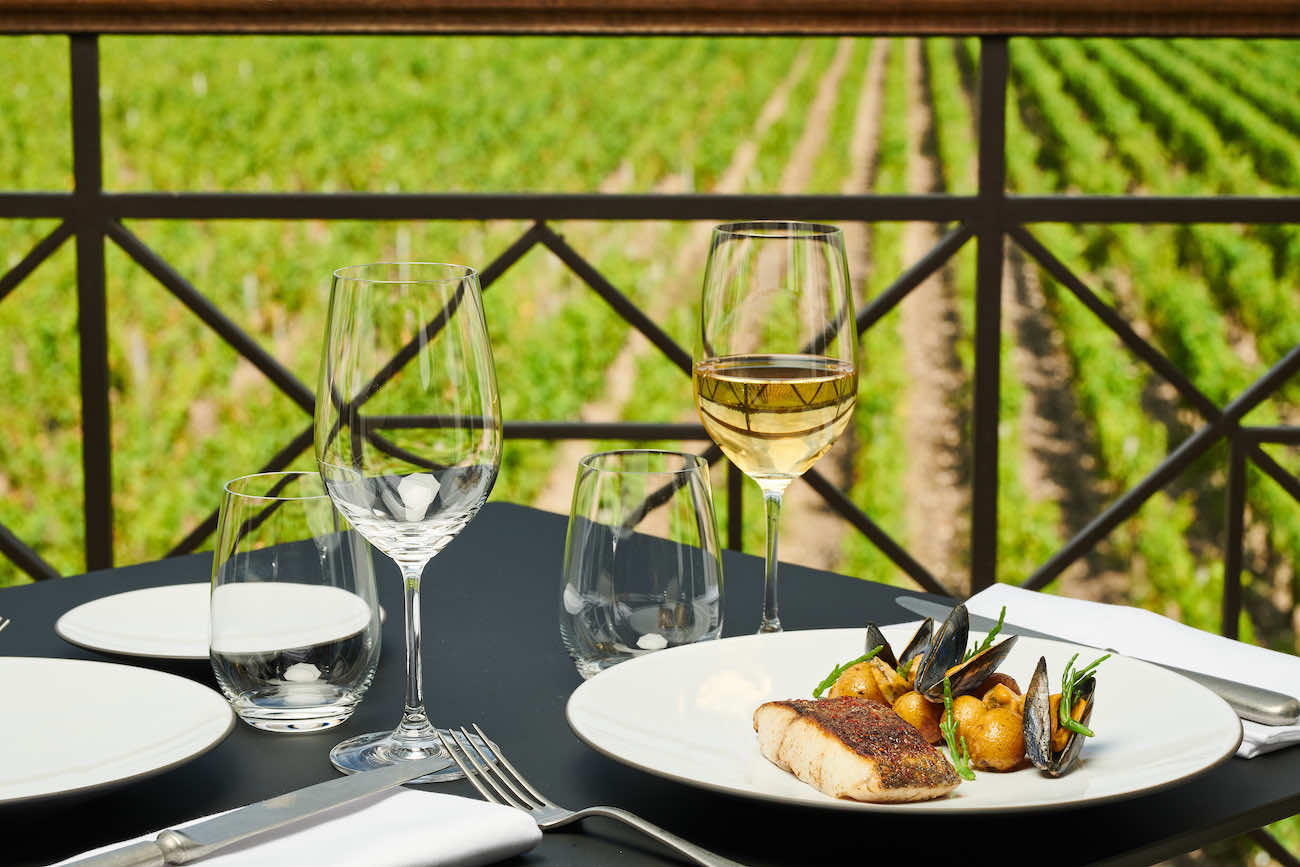 The Bordeaux wine-growing region has become synonymous with more than two thousand years of history and viticulture.

In the 3rd century BC, well before the arrival of Romans, a Celtic tribe – the Bituriges Vivisci -, settled on the banks of the Garonne. Here, they founded a city they called Burdigala, which later become Bordeaux.

The cosmopolitan nature of the Bordeaux region established itself in the 11th century, when France started to expand under the reign of William the Conqueror. Its growth continued in the 12th century, when the South West of France, the Aquitaine region, became English, under the reign of King Henry Plantagenet and his queen Alienor of Aquitaine. An international long-lasting wine trade started which has increased ever since. Enthusiasm for Bordeaux wines has firmly established itself across the whole of Europe and with its increased quality has brought greater demand.

The 17th century represented the beginning of a golden era that reached its peak with the 18th century, when many wealthy people such as landowners, aristocrats, politicians and merchants massively invested in selected estates that later became famous architectural masterpieces called châteaux or crus.

An expertise or savoir-faire in the production of fine wines built up among the high quality vineyards. Like composers and painters, wine makers have become artists who create masterpieces. By blending flavours, the wine maker follows his passion and talent, in order to reach the perfect symphony.

Appreciating the distinctiveness of a glass of wine will never be the same after an experience in this region. There is no better way of discovering the secrets of these wines than observing the art of winemaking and meeting people who put their signature on the final work.

Every wine enthusiast is welcome in the heart of these world-renowned vineyards! 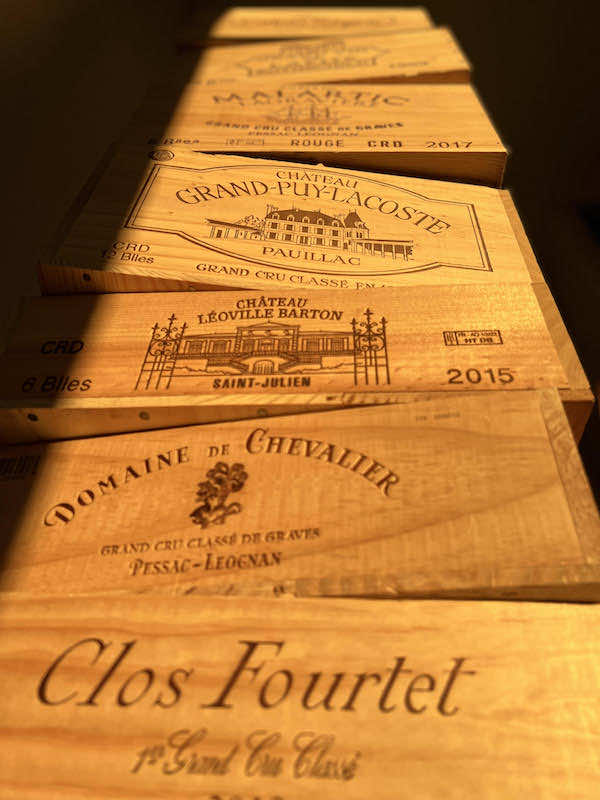 It will be our pleasure to help you create your own wine library. From the selection of the wines, until the purchase and the shipment back home of your wines.

The idea is to accompany you in the selection of the wines which are either difficult to find in your country, or impossible to find. Wines can be shipped either directly from each estate or from specialized wine merchants who purchase their wines directly from Chateaux, following the unique Bordeaux en Primeur sales system.

Since Bordeaux has become a key wine destination especially in the last decade, more and more Chateaux open their gates in order to welcome wine enthusiasts from all over the world.

Due to its unique sales system, dating to the 18th century, created by the Dutch, British, Irish wine merchants, most of the Bordeaux chateaux sell their wines, before they are even bottled, to wine merchants.

Still, most of the Chateaux opened boutiques where visitors can purchase wines after their visit. But unfortunately not all of the Chateaux ship these wines abroad. That is why we will make sure that you will be able to get your wines fast and in the best conditions.