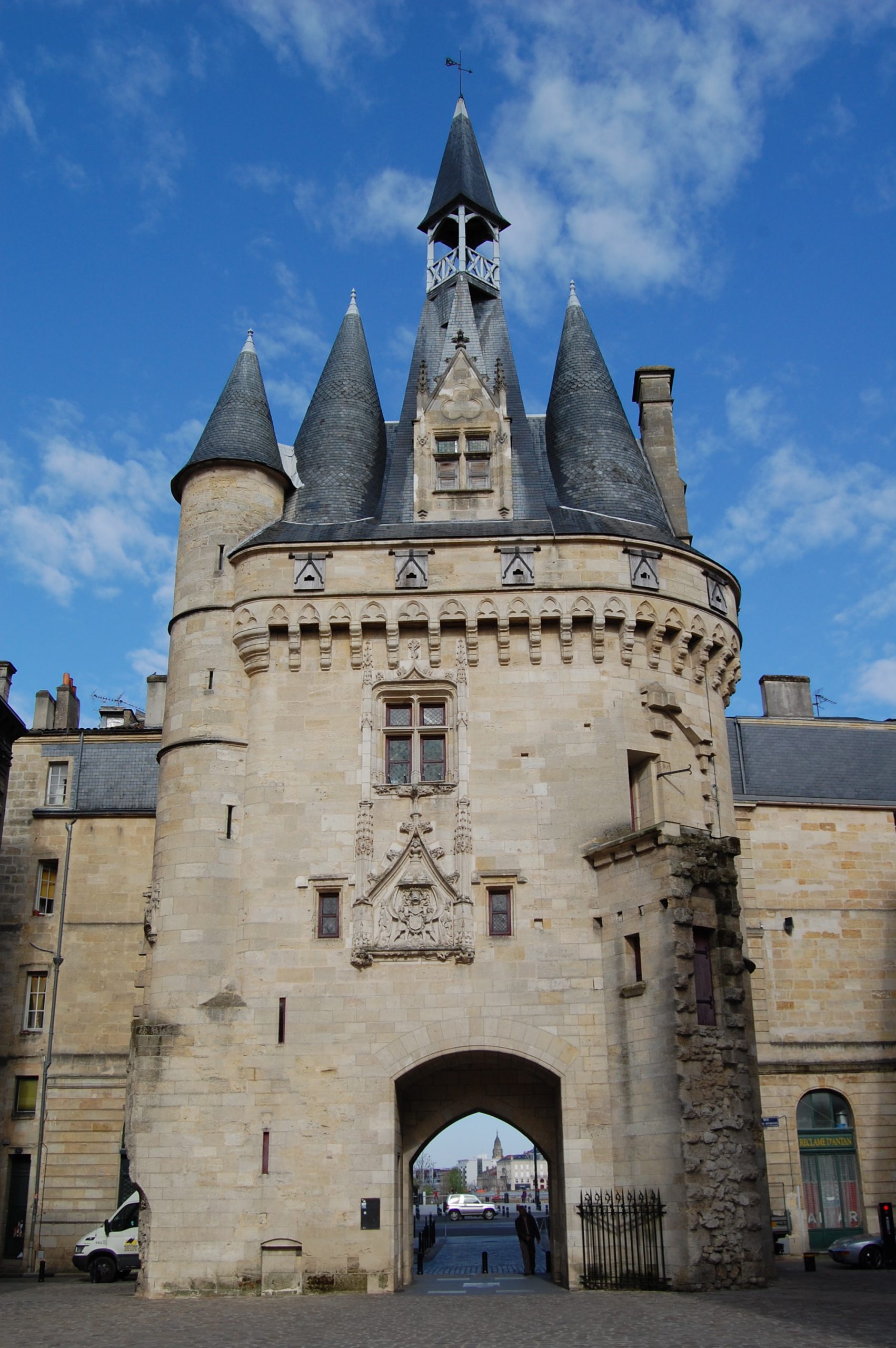 Pick-up at your hotel or elsewhere at your convenience.

Driven & walking panoramic tour of the city of Bordeaux

& cultural highlights of the old city

The Saint-Andrew Cathedral and the Pey Berland square, the Saint-Michael Church, the City Hall, the Opera House (Le Grand Théâtre) and the Comedy plaza, the Statue of the Girondins, the Quinconces Plazza, the Fort du Hâ, the Napoleon’s Stone Bridge (Pont de Pierre), the Submarine Base (WW 2), the Palais Galien (Roman amphitheatre ruins)

The Chartrons district (the Wine Merchant district), the Royal Place (Place de la Bourse), the Fountain of the Three Graces; the Château Descas

The Gates of the Old city

The Cailhau Gate, the Aquitaine gate, the Burgundy Gate, The Dijeaux Gate, the Grosse Cloche and the Saint-Pierre district

Private visit & tasting at a Top Growth Château (Grand Cru Classé des Graves) After a short tout in the vineyard, you will continue with a visit of the vat room, of the cellar, followed by a tasting of 2 wines (red & white)

Stop in one of Bordeaux wine-bars and enjoy a glass of Grand Cru Classé wine.

Drop off at your hotel or elsewhere at your convenience